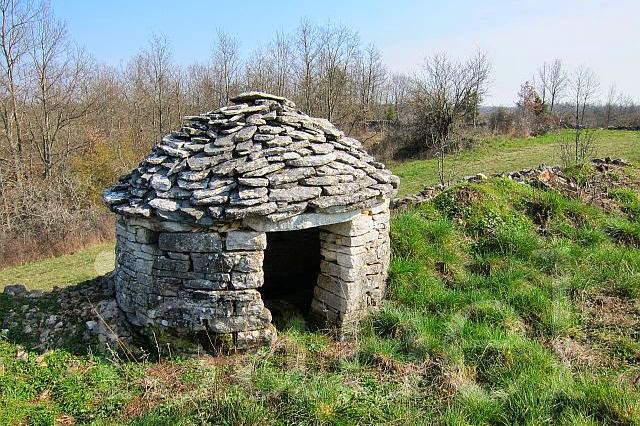 One of my favourite cycling routes is along the road which runs from Križ Lindarski to Žminj. I like it because it’s quiet and scenic – and not too hilly. It passes through patches of forest and along freshly tilled fields.

Along the way I pass a kažun, a small stone structure which is typical to Istria. Found on the edges of fields, kažuns used to be used for shelter during rainstorms when people were out working their land. 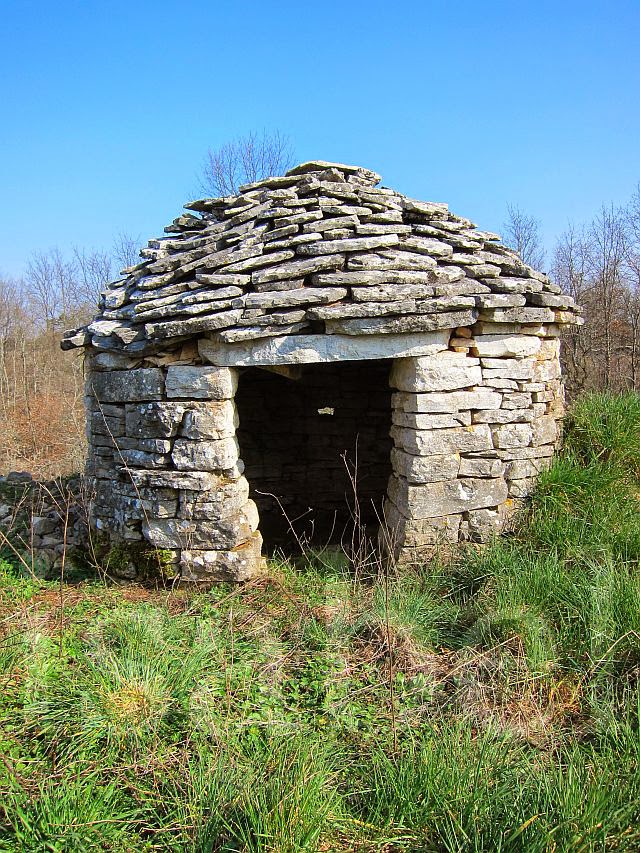 This kažun I photographed is found close to the road in the village of Katun Lindarski, on the road to Žminj.

Kažuns are typically cylinder-shaped with low open doorways and are made of dry stone walls, which means no mortar was used to hold the stones together. This technique was also used to build dry stone walls which separate fields – sometimes kažuns are built into stone walls.

Apparently these small stone shelters date back to the Roman Empire, and similar structures can be found in other parts of southern Europe. There are many examples of kažun still found scattered around Istria and they’re a common sight on country roads. The fact that many are still standing is proof that they were remarkably well-built.

The ghost town of Dvigrad 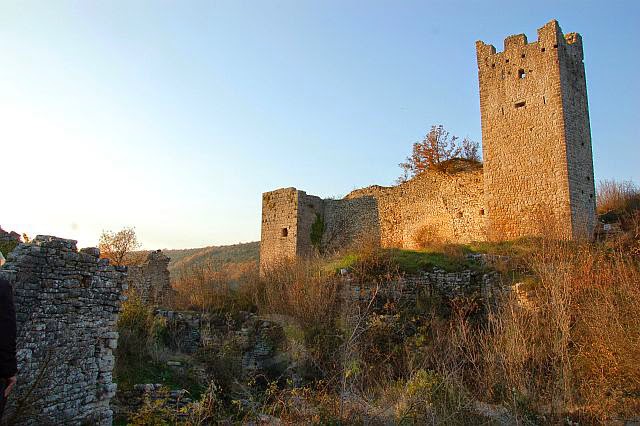 Following my previous posts on the charming Istrian hill-top towns of Oprtalj and Završje, today I’m taking you to Dvigrad.

Maybe I should call this series ‘Istrian ghost towns of times past’ because these old, dilapidated medieval towns seem to have more resident cats than people! But Dvigrad is a true ghost town because it has no inhabitants all at. Dvigrad is completely abandoned, and like other Istrian ‘ghost towns’ I’ve featured here, it is also going through a restoration process. 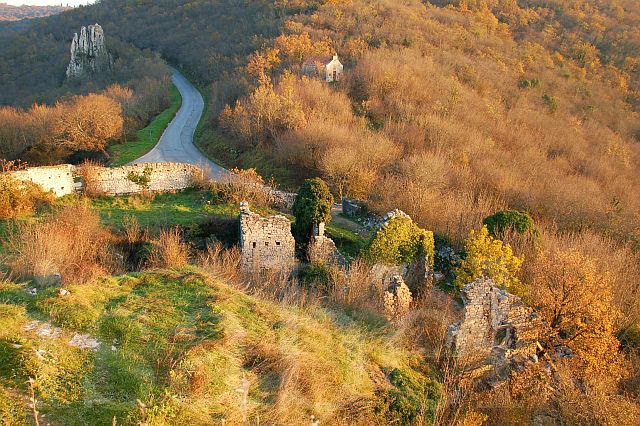 Dvigrad (which literally means ‘two towns’) was ravaged by the bubonic plague in the 17th century during which most of its 700 inhabitants died. The town was eventually abandoned by its last three remaining families in the early 18th century.

Today only the stone ruins of Dvigrad remain in a beautifully scenic and peaceful setting on a hillside rising 150 metres above sea level. The ruins are visible from the Kanfanar-Rovinj road as well as from the Ipsilon highway. Dvigrad is located very close to Kanfanar and easily reachable from Rovinj. When I visited in November, some parts of the town were inaccessible due to the ongoing restoration work.


Take a walk through the ghost town of Dvigrad… 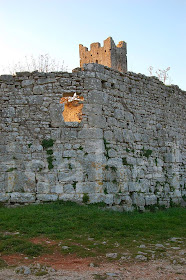 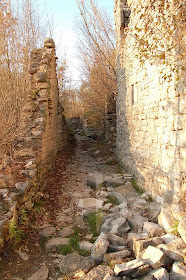 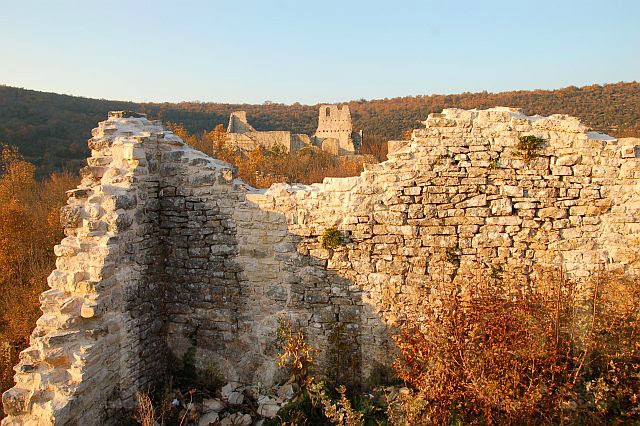 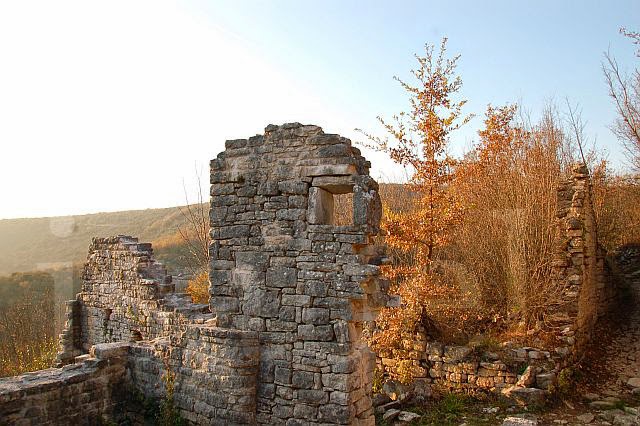 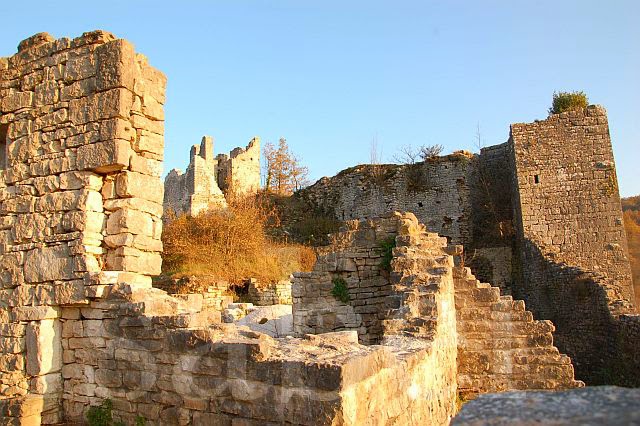 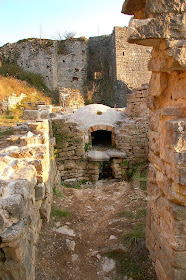 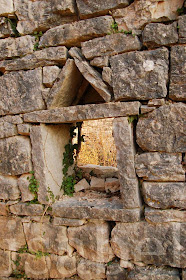 Our house – the renovation work 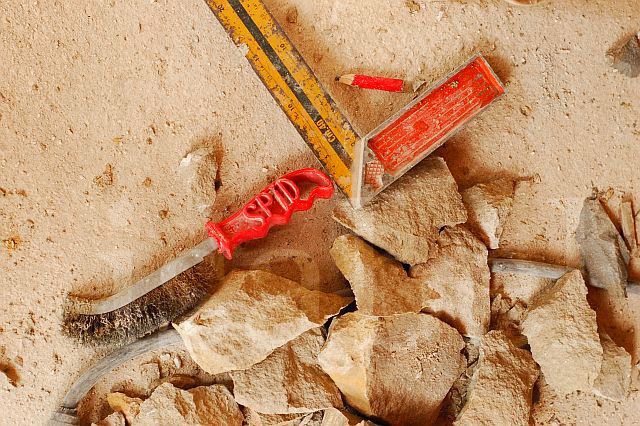 At the end of March we finally moved into our little house! Well, part of our house – the upper floor to be exact – where we will live while work continues on the ground floor.

I already wrote about all the time and patience it took to buy this house. Renovating a house also requires big doses of patience and almost always takes more time than expected. 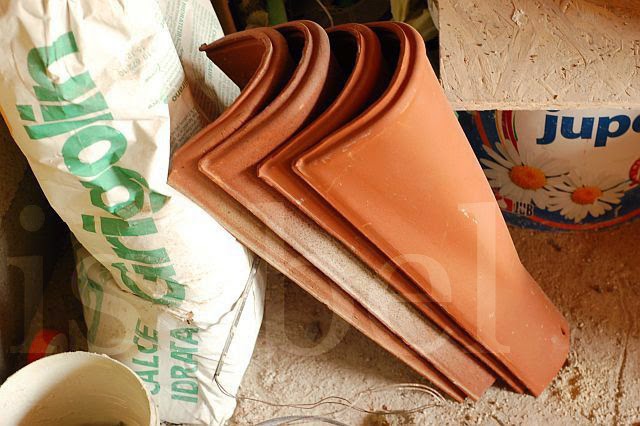 Whenever I asked the contractor (or majstor as he’s called in Croatian) how things were coming along, I would always get the same answer: 'Pomalo' (slowly). This was not exactly the answer I wanted to hear, especially since we were eager to move in as quickly as possible. But since pomalo is a standard answer to many questions here, (including How are you? How’s your job going? and even How’s your mother?), I wouldn’t take his answer too literally, and eventually just stopped asking. 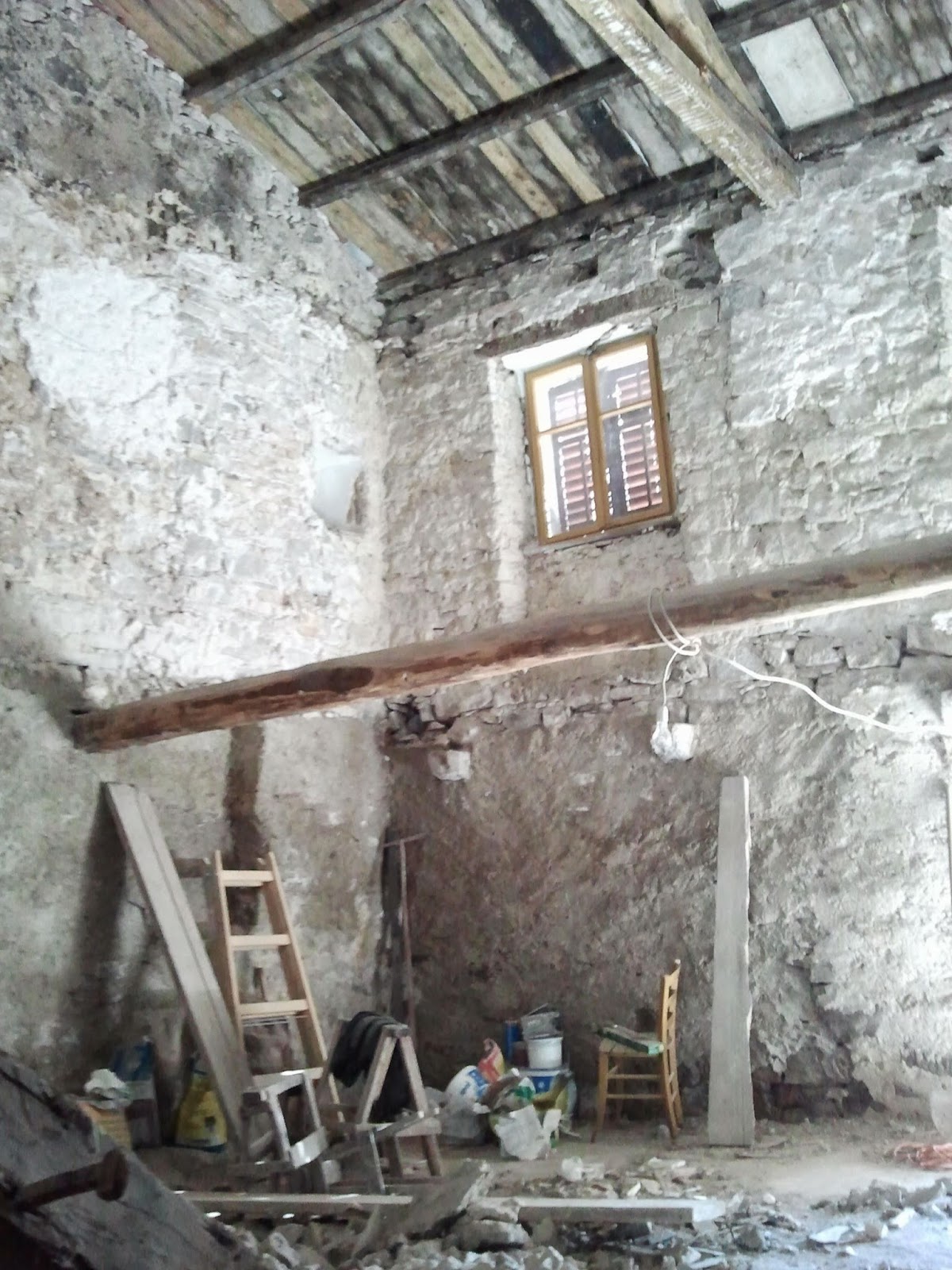 The first step of the renovation process was to completely demolish the interior walls and floors of the house. Once this was complete, only the skeleton of the structure remained: the four stone walls, the windows and doors, and the roof.

The next task was to dig up the floor. Traditionally, the ground floor of Istrian houses was used as a stable while the upper floor was reserved for living quarters. For this reason, the ceiling of the lower floor where animals were kept was often quite low. So in order to have a reasonable ceiling height, we had to lower the floor by 70 centimetres. Since the village is mostly built on natural rock, this was a very long and painstaking task. It took workers two months to drill and break into the rock, break it up into pieces, and haul it away in 15 truckloads!


I won’t describe the reconstruction and renovation work in detail here, but I would like to share a few of the original details of this typical Istrian stone house which we would like to preserve. For example, we’ve kept the stone doorway which separates the two rooms making up the ground floor, though the wall dividing the two rooms had to be completely rebuilt. Where possible, we’ll keep the stone walls exposed on the ground floor, along with the little stone niches built into the walls. The remnants of the huge rocks the house was built on are also visible as vestiges of the original structure. 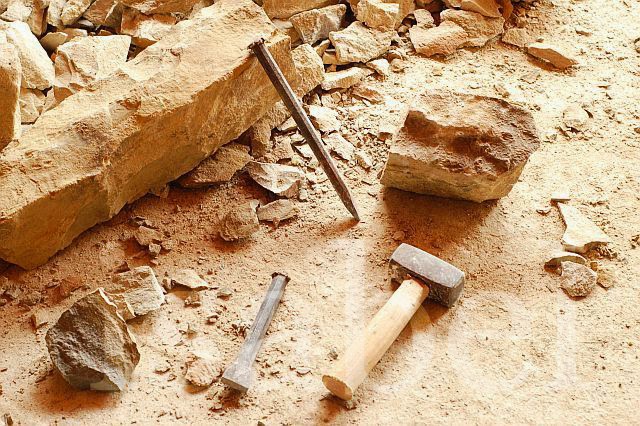 There’s still a lot of work to do, and I won’t dare try to guess how long it will take. But it’s wonderful to finally be living here. 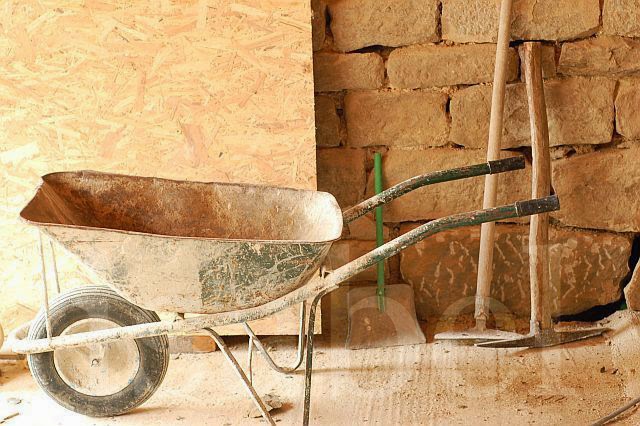 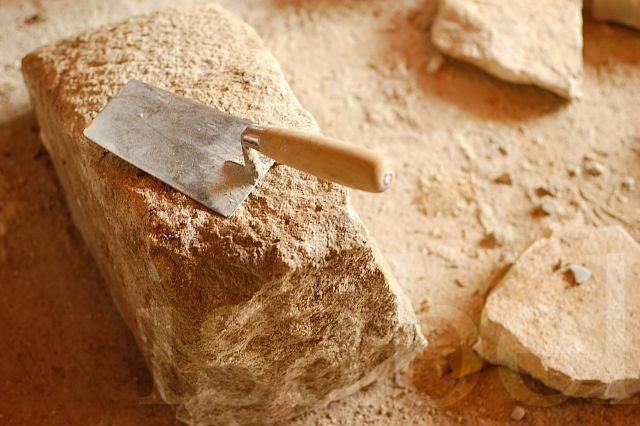 The South Indian cat however, was not at all happy about the move. She expressed her annoyance by not letting let us sleep the first three nights! We kept her indoors as much as possible so she’d get used to her new home, but she managed to slip away one day from the veranda. We found her the next day at the house we had been living in before the move, about 200 metres away. She misses the big garden and clover fields she used to explore, but soon she’ll have a whole village to discover, as soon as she figures out this is home.
Isabel at 14:45 6 comments:
‹
›
Home
View web version